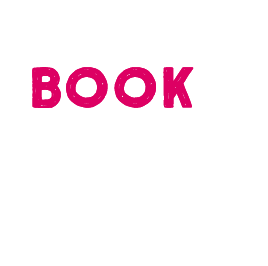 youth·​quake | \ ˈyüth-ˌkwāk  \
Definition of youthquake
: a shift in cultural norms influenced by the values, tastes, and mores of young people

Just what is encouraging the youth of today to come up with ideas to change and challenge the old, established systems? Perhaps, young people are not as afraid of change as the older generations: they happily express their thoughts and creativity openly and therefore are more likely to bring about change. Perhaps, young people see the world differently to adults and as a result can more easily identify solutions to issues which are challenging – and make plans for the future. Perhaps, adults are less likely to change their attitudes as they are more set in their ways.

As many of the decisions taken by grown-ups will have a major impact on how the next generation will live their lives, many young people feel compelled to take action. Children are anxious about what is happening in the world and feel the need to get involved. We are also more inquisitive and always ask why. Modern problems need modern solutions. My generation embraces technology, as we grow up with it; technology is second nature to us, unlike our parents. We are not afraid to push buttons to see what happens.

Boyan Slat is just one example of children causing change. Raised in Greece, Boyan Slat was scuba diving and saw more plastic in the water than fish. What surprised him even more, after digging deeper into the plastic pollution problem, was that no one had made serious attempts to combat the issue. It quickly became clear to him that a clean-up using vessels and nets would take thousands of years, cost tens of billions of dollars, be harmful to sea life; and lead to large amounts of carbon emissions. This led him to design a functioning piece of machinery, which needed minimal power and even produced electricity whilst out in open water.

Boyan designed a floating solid “net” which would only collect and pull ashore floating debris; it would not trap and endanger the marine wildlife that comes nearby. It works by harnessing the wind, waves and currents. The plastic debris would be concentrated into the centre where the underneath skirt would not let the smaller particles pass under. It is estimated that his design can clean 50% of the Great Pacific ‘garbage’ in approximately five years.

Boyan is an example of a young hero. Right now, children like him are acting more maturely and responsibly than many of the adults on the planet. Young people have a voice and they must be heard!